A bright corner brasserie in downtown Austin. Translated to ‘The Politician,’ Le Politique is both a nod to Austin’s roots as a capital city and an homage to Texas and French politicians, past & present, who roam these very streets. Specific inspiration was drawn from the Count Dubois de Saligny, a French diplomat known for being quite the rabble-rouser in 19th-century Texas. Vive les pigs! 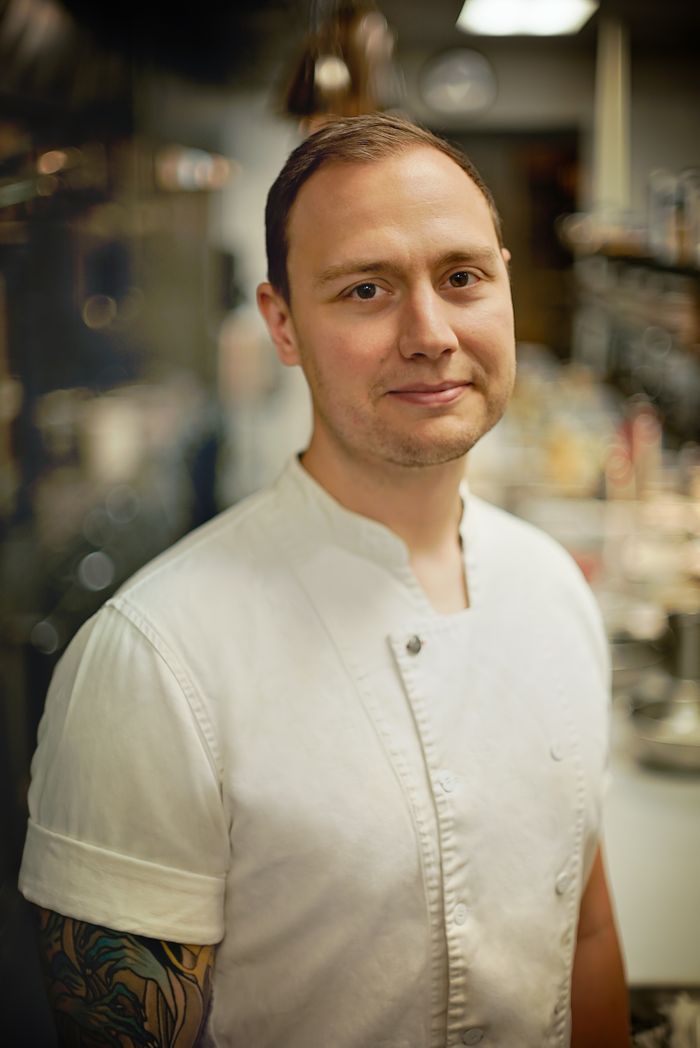 Travis Petosa comes to Le Politique after five years of restaurant experience on the West Coast. After earning his bachelor’s degree in journalism from Central Washington University, Petosa entered the Marine Corps where he learned an unimaginable amount of transferable skills. Petosa was honorably discharged from the Marine Corps in 2009, and soon after began his career in the restaurant industry in Seattle, WA.

In Seattle he worked his way to Sous Chef at The London Plane where he was placed in a position to quickly learn the day-to-day operations, ranging from ordering perishable products to dry goods as well as managing scheduling requirements and recipe costing.

Petosa made a move to LA where he took a job at Petit Trois. Under the mentorship of Will Marquardt, Petosa began honing in on some classic French cooking techniques and expanded his culinary knowledge into a territory of cuisine he had yet to experience. Petosa went on to become Sous Chef at Petit Trois, then at LA restaurants, Trois Mec and Mixed Company.

After his stint in LA, Petosa moved to Austin where he was hired as Sous Chef at Le Politique in 2019. In his role, he managed and trained the back of house crew as well as took the lead on recipe costing, scheduling and maintaining a cohesive bond with the front of house management team. Petosa was quickly promoted to Executive Chef in August of 2019 where he has successfully mixed French technique with a southern comfort style to create a unique dining experience in Downtown Austin. 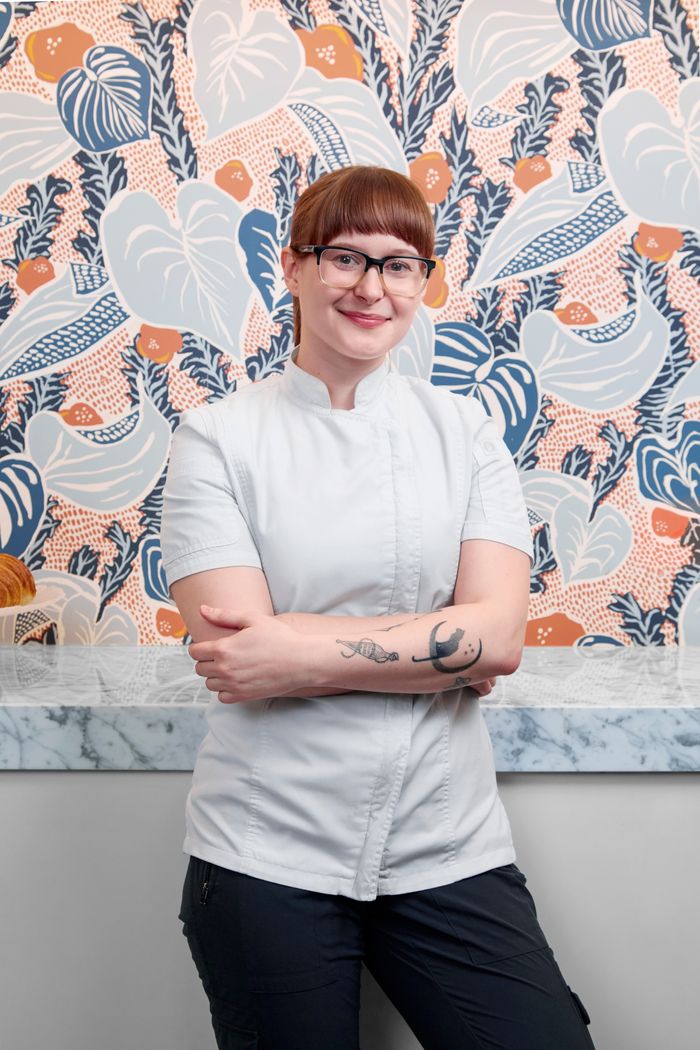 Melissa Carroll graduated from the French Culinary Institute in Campbell, California in 2012, before returning to her hometown in O'Fallon, Illinois to work at London Tea Room in downtown St. Louis, Missouri. Her first experience in a professional kitchen, she was named Pastry Chef and led a team of three cooks. She finished her Fine Art degree at Southwestern Illinois College and continued her foray into the culinary world at Peel Wood Fired Pizza in her hometown.

In 2015, Carroll moved to Austin and soon joined the New Waterloo team as a pastry cook at South Congress Hotel under Corporate Executive Pastry Chef Amanda Rockman, a James Beard Foundation Award Semifinalist. Carroll was promoted to Pastry Kitchen Supervisor in December 2016 before transferring to Le Politique in August 2017, where she served as opening Pastry Sous Chef under Alyssa Hurlstone. Carroll was promoted to Pastry Chef of Le Politique in May 2018, overseeing the restaurant’s pastry program and adjoining patisserie.

Since coming into her position, she has been nominated for Austin Chronicle's Best Pastry Chef of Austin 2018 and 2019 CultureMap Tastemaker Awards Pastry Chef of the Year. She enjoys striking a balance between sweet and salty flavor profiles in her dishes, and is always seeking the next unique flavor combination that hasn’t been done before.